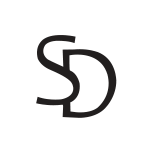 Champagne Sourdet Diot has its origins in Vallée de la Marne, the village of La Chapelle Monthodon in France. Raymond Sourdet planted his first vines in the 1960s. Back then he sold his harvest to some of the biggest champagne houses. In 1980 Sourdet Diot began producing champagne - back then half of the harvest was sold and the other half was used to produce champagne under the house name. From 1990 the house has been using all of its harvest to produce its own champagne.

Zeberas Oy has been importing Sourdet Diot for years, and since 2016 we've established our role as an agent. Sourdet Diot champagnes are of high quality and lively character. We discovered the house while visiting the area of Champagne in 2006. We're excited now to be able to introduce this champagne for a broader audience.

We'd love to tell you more about the champagne - don't hesitate to contact us: